One of my wife’s all-time favorite artists is Stephen Kellogg. Over nearly eight years of being attached, I’ve had the privilege of attending a number of Stephen Kellogg shows, including both of his most recent shows in Michigan. My wife and I pulled a couple of very late nights / early mornings, but we enjoyed some great music along the way.

The first concert was in Ann Arbor. Before the show, we had the opportunity to pay a visit to Kelloggtown and hang with Stephen for a few minutes before the show. Hanging out in the dressing room with the headliner was a new experience for me. Stephen treated us to a couple of songs, a bit of Q-and-A, and photo opportunities. 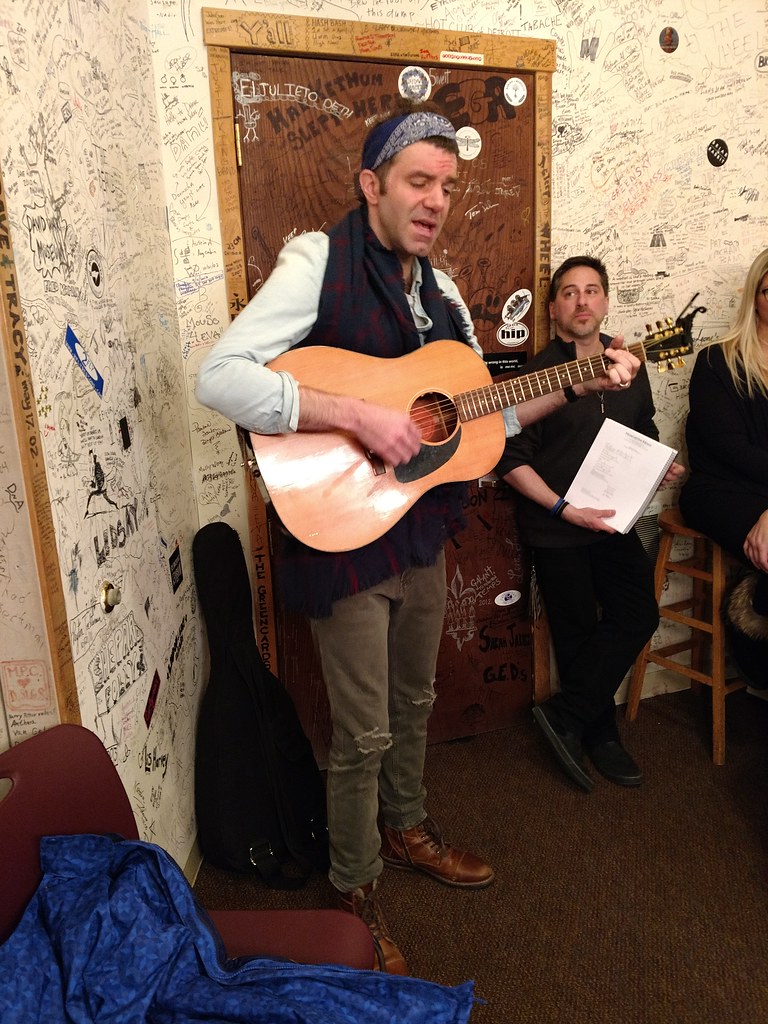 Stephen Kellogg has an awesome voice, and he was kind enough to share it with us before the show. 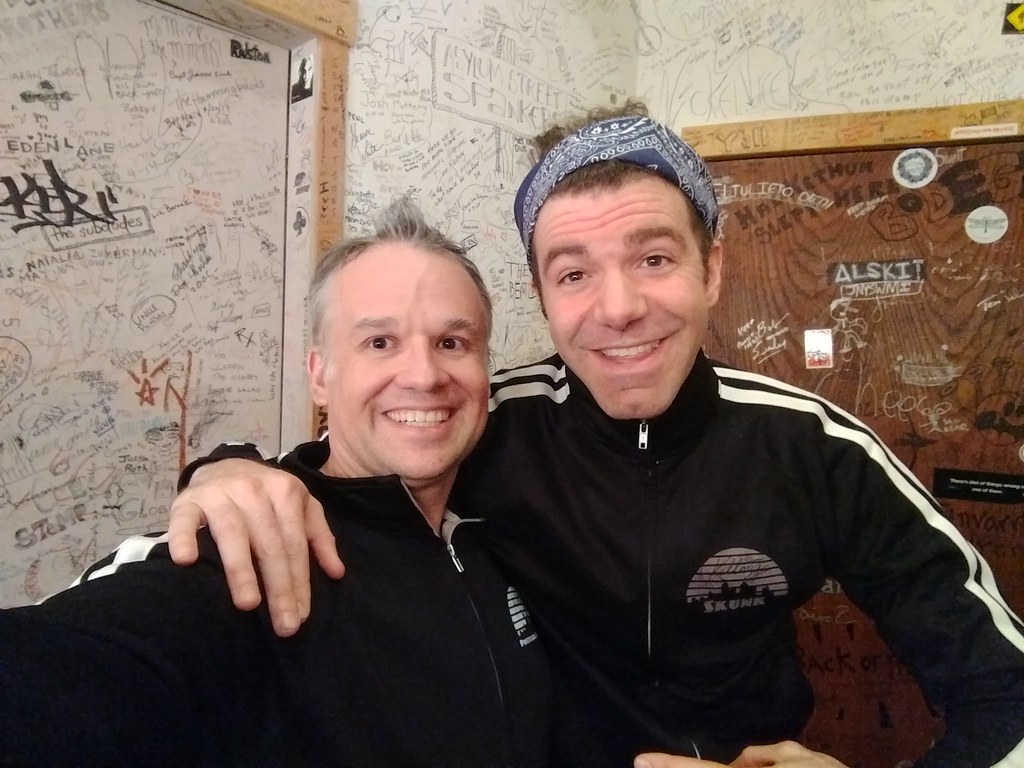 Before this selfie, Stephen decided he needed to be wearing his track jacket. Twinning is winning! Also, seriously, I live in that track jacket. You should get one, too.

I didn’t carry my rarely used superzoom Canon Powershot with me to the show in Ann Arbor, and the lighting didn’t really make for good photography with my phone. That’s not intended as disrespect to The Ark; it’s a great venue, and it’s not like we were sitting in the front row. We’re too old for that sort of thing, right? 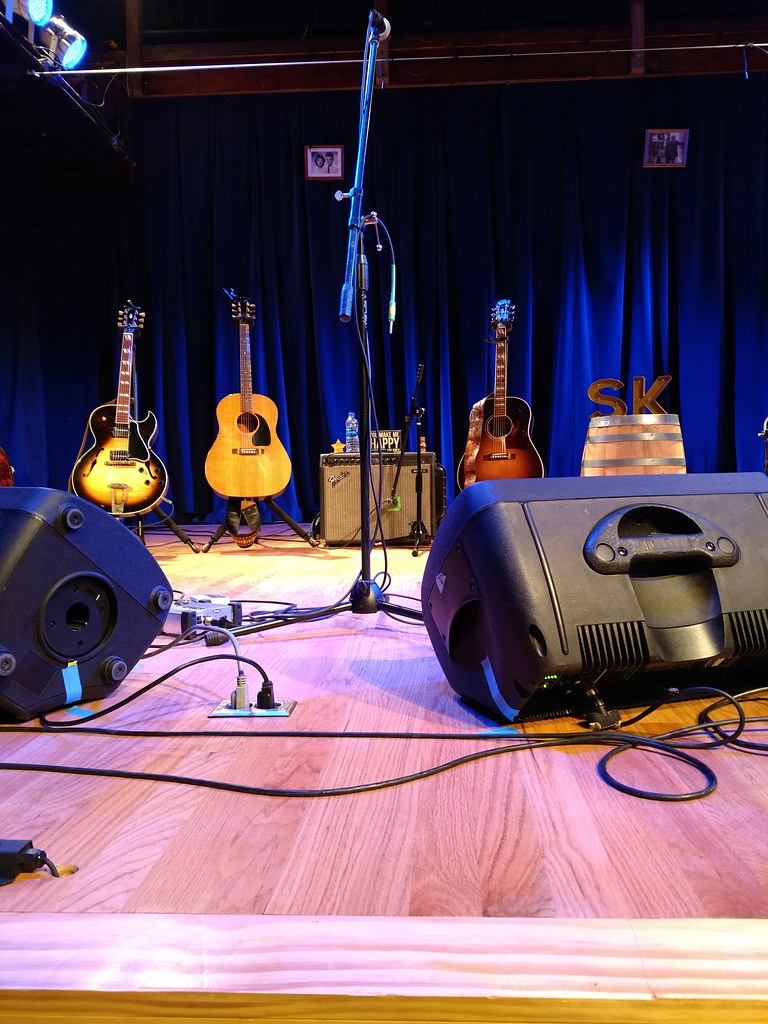 All the guitars. All of them.

Yup. We were front row center for our second Stephen Kellogg show of the weekend, at Acorn Theater in Three Oaks.

My ears remain grateful to Stephen for not rendering me completely deaf. Thank you, sir. Thank you.

Hailey Steele opened both nights, and she did a very good job both nights. Her music grew on us by the second night, and we picked up a signed copy of one of her CDs. I’m not entirely sure how I’ll upload that to my iPod, as my current computer doesn’t have a CD drive. I guess it’s finally time to invest in that external CD drive — but I digress. 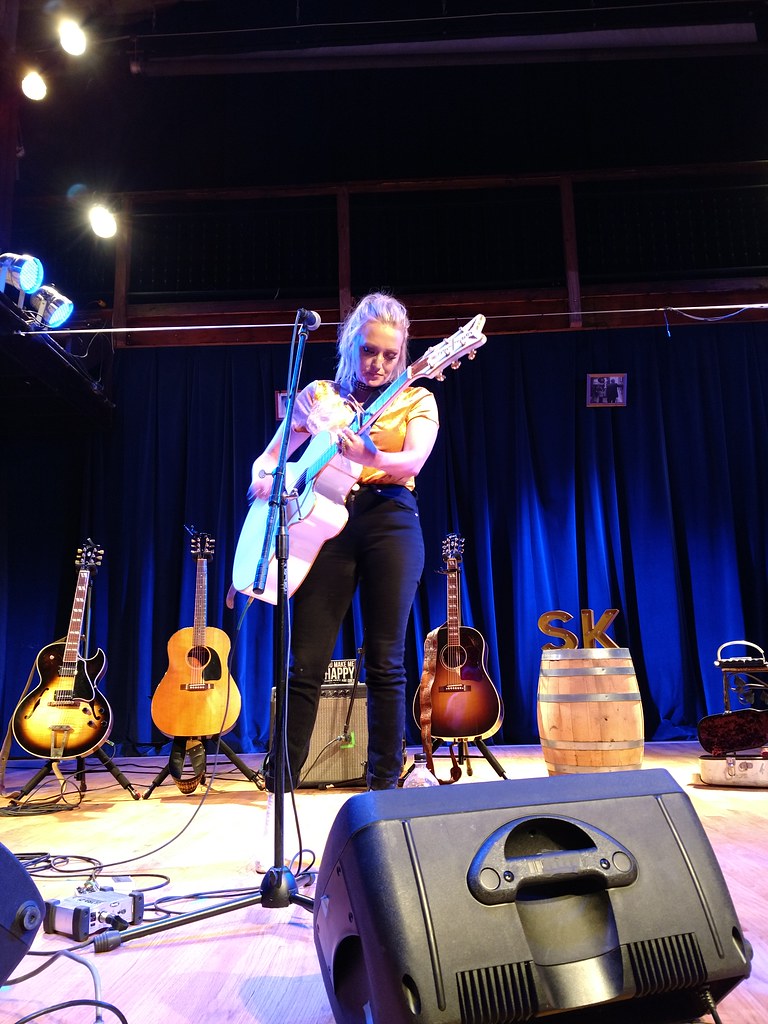 Hailey Steele, preparing to country-rock out.

Stephen Kellogg puts on a great show. He engages well with the audience, he’s witty, he’s an excellent storyteller, and he has an outstanding voice which he uses to belt out amazing songs. If you’re lucky, he’ll even FaceTime his daughters during the concert to get them to teach the audience the dance to the song “Big Easy” that he originally recorded with The Sixers. Here are a few shots from the concert. 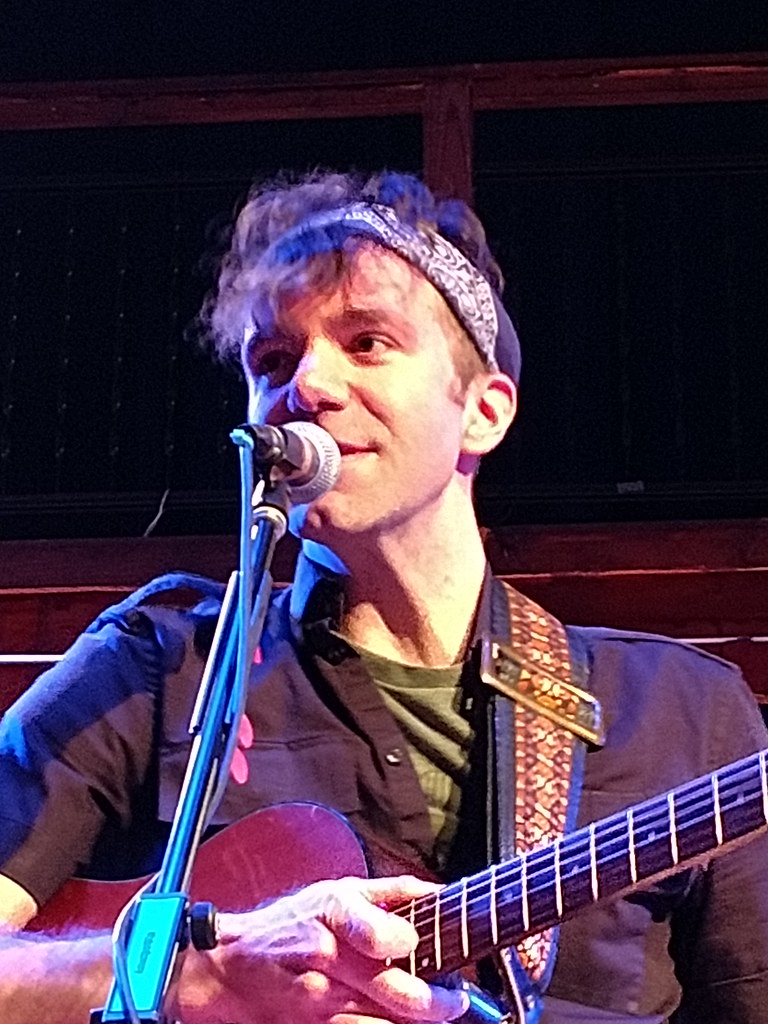 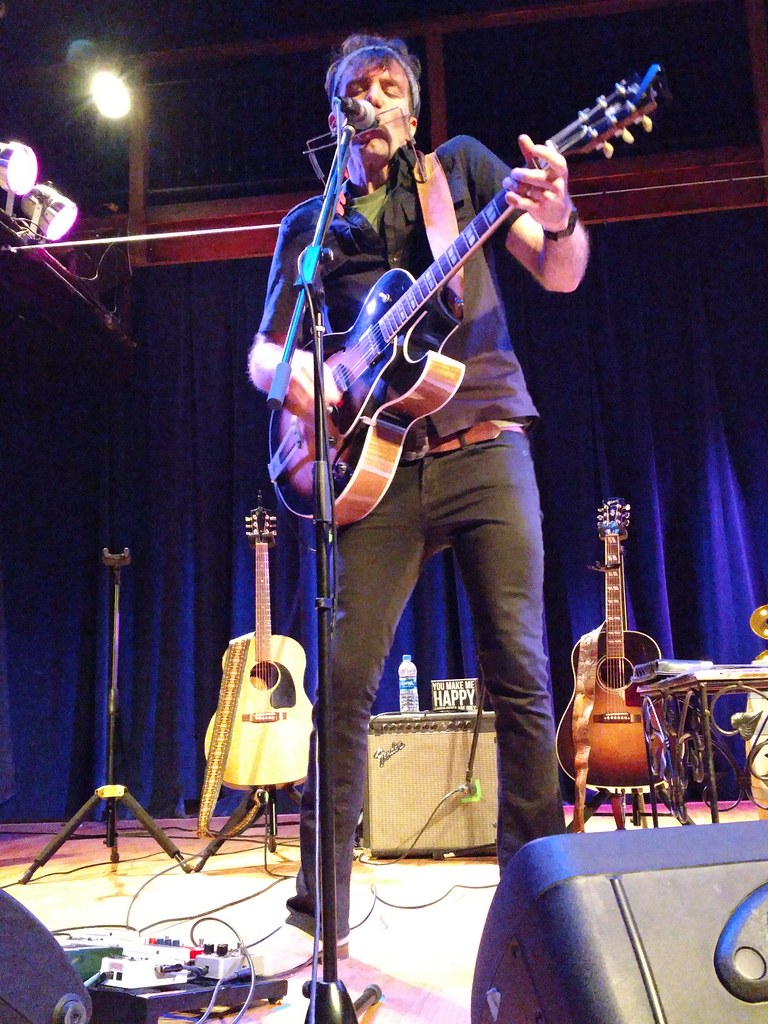 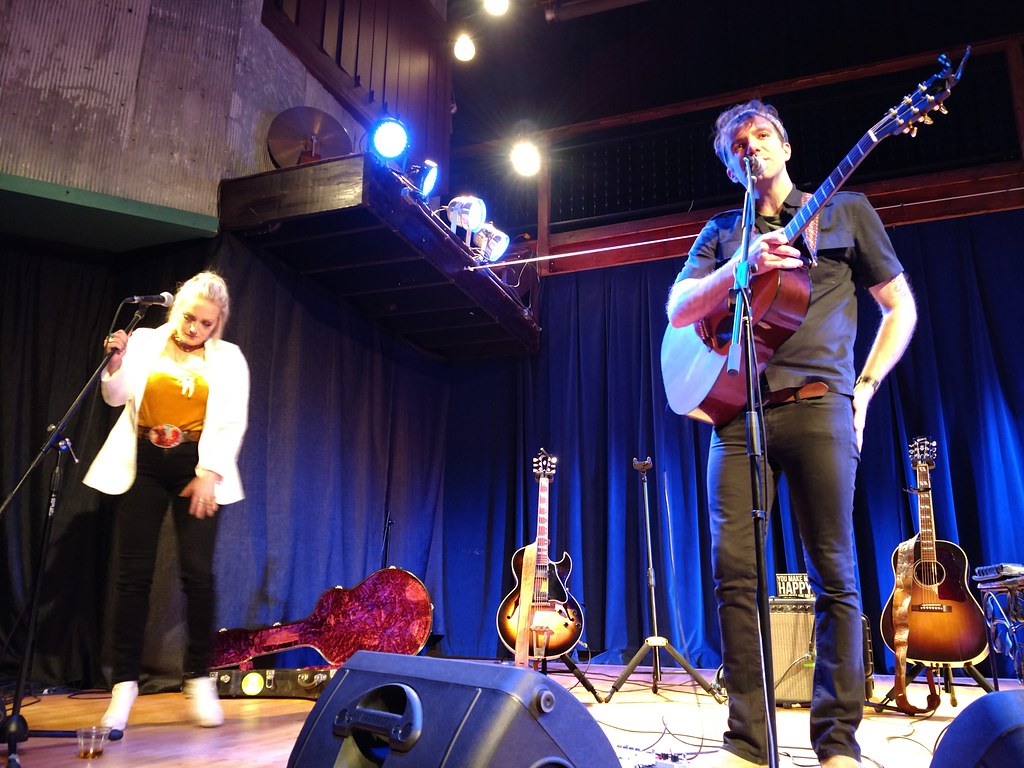 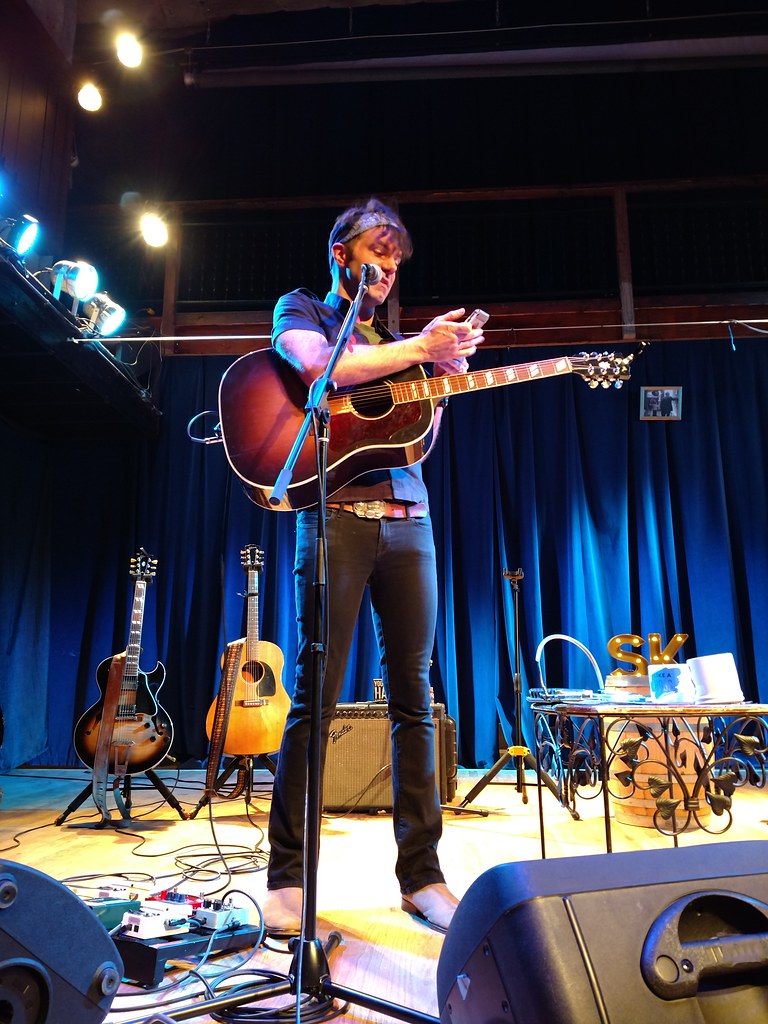 All in all, between two concerts and a total of 25 miles run (10 on Saturday, plus 15 on Sunday), it was an exhausting weekend, but it was also a heck of a lot of fun. I’m confident that my 42-year-old self will someday recover from my attempt at being a 24-year-old. 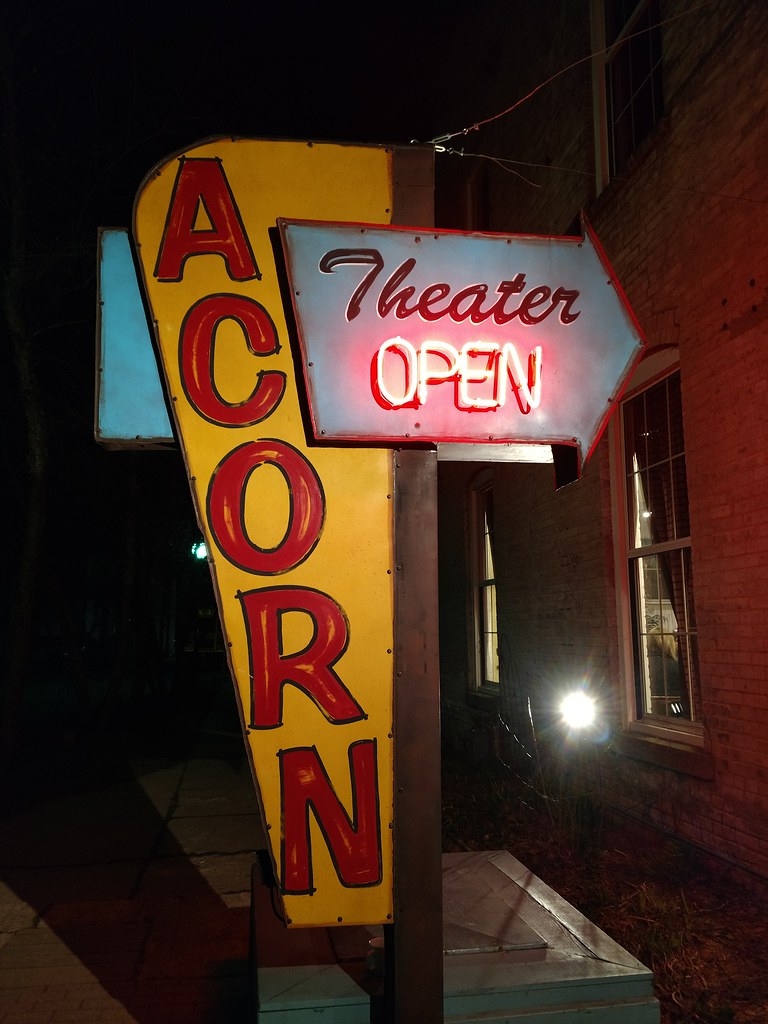